Page 10 of 27
by DJ Mike TJG
If you notice, that list is EXACTLY the same as the one that appeared on HMV.co.jp - only the one on HMV fails to note that the first 13 tracks are, in fact, the megamix, while the last 13 are the actual extended songs.

If this list is the one that is being distributed to the retailers, I'd be far more inclined to believe it than something randomly posted on NRGexpress.
by zoupzuop2

That may be the most epic-winningest 7 minutes of my life. Or the worst. Here's hoping Dave & Co. did a good job. X3
by Jion
This is the correct list though I'm surprised to see this version of Space Boy on there. Interesting CD and I wonder even though it is a Leonardi produced track (it's still under Rodgers & Contini Publishing), how he got to produce the song. At least with Hot Vampire and Looka Bomba (the 2009 versions produced by SCP and GoGos), they're both under R&C.
by the_ditz
Okay, so now we have established that this appears to be the official tracklist, here's some initial comments:

Jion wrote:Interesting CD and I wonder even though it is a Leonardi produced track (it's still under Rodgers & Contini Publishing), how he got to produce the song.

If he wrote it, he owns the copyright and therefore can pretty much do whatever he wants with it.
by Javy
Let's not for forget Sinclaire and Contini are still rather close friends.
by drnrg
the_ditz

09. TOO YOUNG TO FALL IN LOVE / DEJO(4:45)
- Is this SinclaireStyle? I've never been that bothered about the original, so I have no strong feelings either way.

DEJO is probobly D-Essex. I'm bad at names, but aren't those the first letters of his last name The original was Gino Caria, but in no way one of my favourites, so If Gino can't do it, I don't David Essex will

Another Scenerio is that Lou Hunter is indeed Eurogrooves and Campani under a new alias. Lou is a TIME favoute name for alias(Lou Grant, Lou Turner) and Hunter...remember Ken Hunter? Plus this doesn't sound like DELTA at all. Plus 5:30 minutes is more or less the standard Dall Ora legnth for an extended trax. Last ,but not least I submitted a bunch of new aliases to Eurogrooves MYspace. Marc Hunter being one of them, so maybe the name Hunter stuck.

The original was about 5 min long, so I'm guessing this will be even more faster.(is That Possible) BTW isn't Christine the original backup singer? Back then it was only her and Lucya appearing on Eurobeat Flash? The only difference would be if they took turns in the verses, but really the original is pretty much a duet and I can't see it become more epic than it allready is. I will be mega pissed if they change those old skool sounding synths or add in rapping.
by Jion

Jion wrote:Interesting CD and I wonder even though it is a Leonardi produced track (it's still under Rodgers & Contini Publishing), how he got to produce the song.

If he wrote it, he owns the copyright and therefore can pretty much do whatever he wants with it.

Not necessarily. The rights are held by the publisher. And often times in Eurobeat case, Avex. Contini is definately best friends with everyone it seems.
by taQ
I have a feeling Try Me platinum mix is abeatc, not go go's, and is annerly. look at the remix name for space boy.
by #Infinity

taQ wrote:I have a feeling Try Me platinum mix is abeatc, not go go's, and is annerly. look at the remix name for space boy.

Annerley Gordon was the original vocalist for Try Me, after all!

by DarkSky
OH MY GOD! 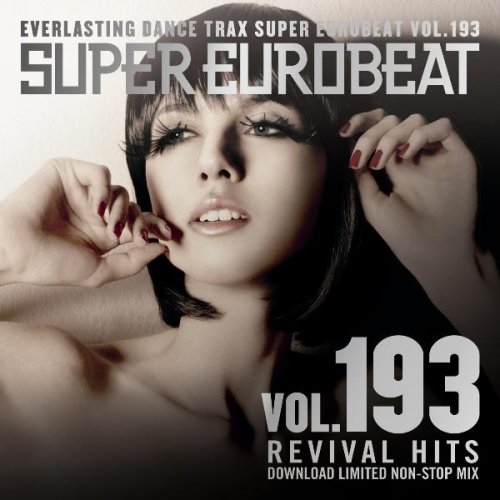 No road to SEB 200 ?
by the_ditz
Looks like they're doing the thing where every 3 or 4 albums they have a nonstop (like they used to in the past). Not my favourite idea to be honest - I reckon there's a general dislike for nonstops that mean you can't have the full versions of tracks (except for on mu-mo).
by WNight
Track 8, 10, 11 and 14 looks like they are all set to pwn the entire 193.

by DJ Mike TJG
Or perhaps it's entirely the other way around - you'll be able to download a limited edition "non-stop mix" from Mu-Mo.

Let's face it - what a waste of a CD it would be if they only put 13 tracks on in megamix form!!

The fact is when they do these megamixes, they're very restricted to how much of each song they can include (40 seconds to 1 minute at best), so maybe the download is a much longer version of the megamix that they couldn't include otherwise!
by Jion
The fact is everyone is making too many assumptions. Chill out and let it come out before making yourself all crazy about it.
All times are UTC
Page 10 of 27